1967 saw some major names appearing on the stage of the Borough Assembly Hall. These included some giants from the rock world, and others from the pop world.

Paul Hayward (sometimes shown as Paul Haywood) of the Ricky Tick club, which operated in Windsor and other local towns, had some midweek dates. The first was Geno Washington and the Ram Jam Band on 25 January. 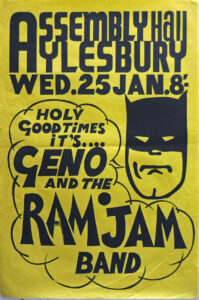 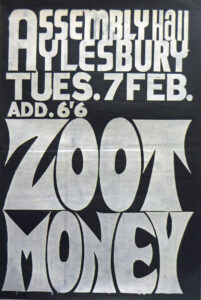 A week later, on 15 February, Cream appeared, again presented by Paul Hayward. John Braley in an interview on the Friars Aylesbury website recalls: “That was when Clapton had just got an afro haircut. Jack Bruce and Ginger Baker spent the whole gig staring at him and laughing”. 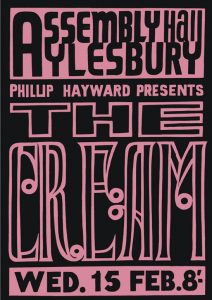 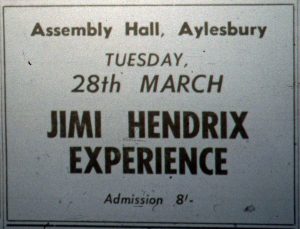 Eddie Friday continued to promote gigs on Saturday evenings, and also some in midweek. The list of those appearing contains an odd selection of artists. From the world of pop there was Englebert Humperdinck (30th May) and Dave Dee, Dozy, Beaky, Mick and Tich (20th June). There were names from the past, such as Heinz and the Wild Boys (4th February), The Barron Knights (4th March) and Duane Eddy (17th October). And many of those who appeared on Saturday evenings are now hard to recognise.

On February 16th, the Bucks Advertiser reported that the Council would offer grants to support music events in the town:

Grants to support jazz and pop concerts as well as classical music may be made by Aylesbury Borough Council some time soon. But on Monday the council agreed not to under-write a visit by Kenny Ball and his Jazz Men being arranged for promoter Eddie Friday on February 22.

This eventually took the form of the Council supporting the appearances of Englebert Humperdinck and Dave Dee, Dozy, Beaky, Mick and Tich at the Borough Assembly Hall in midweek slots. 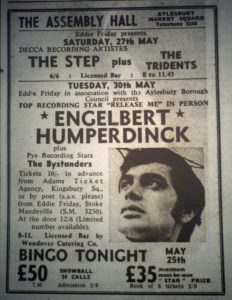 However these did not draw in the expected crowds. In an article “Why pop is not a sell-out”, the Bucks Advertsier reported:

Aylesbury’s pop bubble seems to have burst. A dance held anywhere in the district these days just won’t bring in the profits anymore.

Two pop concerts held at the Borough Assembly Hall recently, were sponsored by the Aylesbury Borough Council. They lost over £550. It was stated previously that £400 was to be the maximum outlay for four such concerts.

Things didn’t get any better. Later in the year, Eddie Friday presented Duane Eddy, again in a mid-week slot – but this time only 139 people came.

Towards the end of the year, there was another problem when promoters Andrew Smythe and John Raine advertised The Temptations – which was assumed to be the Motown group. 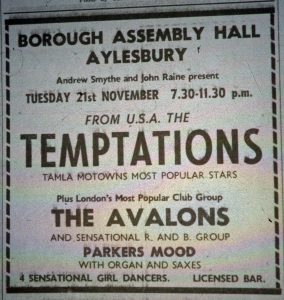 However as Phillip Apps and Dave James, writing in the Bucks Herald, reported:

At other venues, we know that Lol Coxhill set up a jazz club on Monday evenings at the Crown Tavern in the High Street (closed in around 1980, when work began on the construction of Hale Leys Shopping Centre). An ad shows Lol playing on 30th January, with Jeff Read, Ted Speight and Tony Knight. But this was apparently not a success, as on February 23 Tony White wrote in The Bucks Advertiser:

Lol Coxhill tells me that his Crown Tavern sessions are not drawing the crowds he would like. 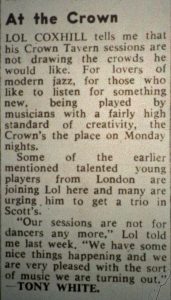 Later in the year, Lol was reported to be running a monthly jazz club at Unity Hall in Castle Street.

Cliff Bennett and the Rebel Rousers were advertised to play at the Zig Zag Discotheque at the Aylesbury Social Club on 5th June, but it is uncertain whether they played. Later in the year, Dave James started his Discville nights at the New Friarage Hall – a venue that would become significant a few years later.

List of gigs at the Borough Assembly Hall in 1967: