In November 1959, the first all night jazz event was held at the Grosvenor Ballroom, Aylesbury. Such events were nothing new to the jazz scene – they had been going on in London for many years – but this was definitely something new for Aylesbury.

The Bucks Advertiser reported on November 6, 1959: 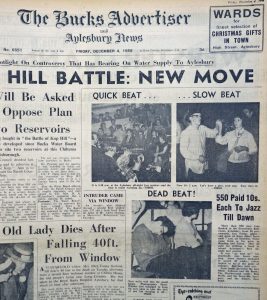 Further all-nighters were held at the Grosvenor: